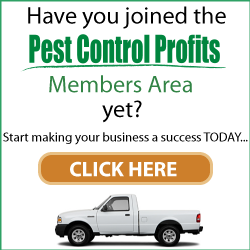 - microbial pest control product (MPCP) (= microbial plant protection product): a product containing a MPCA that is registered or labeled with instructions for direct use or application for pest control purposes.

Further, the OECD uses the term "microbial pesticide", however, it is not precisely defined. The word "biopesticide" is not used in their guidance documents; it is only used in the naming of the OECD BioPesticide Steering Group (BPSG).

In the definition of the Environmental Protection Agency (EPA) in the USA, biopesticides include naturally occurring substances that control pests (biochemical pesticides), microorganisms that control pests (microbial pesticides), and pesticidal substances produced by plants containing added genetic material (plant-incorporated protectants) (ww.epa.gov). The definition of a microbial pesticide is as follows: a microbial agent intended for preventing, destroying, repelling, or mitigating any pest, or intended for use as a plant regulator, defoliant, or desiccant, that:

(1) is a eucaryotic microorganism, including, but not limited to, protozoa, algae, and fungi;

(2) is a procaryotic microorganism, including, but not limited to, Eubacteria and Archaebacteria; or

(3) is a parasitically replicating microscopic element, including, but not limited to, viruses.

I will use the term Microbial Pest Control Agent (MPCA). The term MPCA includes microorganisms such as algae, bacteria, fungi, protozoa, yeasts, viruses and viroids, and any associated metabolites that are involved in the mode of action. I also include entomopathogenic nematodes under this definition for reasons explained below and for the sake of convenience.

I will use the term Microbial Pest Control Product (MPCP) for plant protection products that contain a MPCA, as I have defined above, as the active ingredient or active substance. It includes all microbial pesticide uses such as control of insects, mites, plant diseases, plant nematodes, and weeds.

I will also use the term biopesticide for these products; other synonyms used are biological pesticide, microbial pesticide or simply a microbial. I will use these four terms interchangeably with MPCP. In my opinion, the term biopesticide should strictly be used for products based on living organisms, including viruses and viroids, as also recommended by Eilenberg et al. (2001). Products based on plant extracts, pheromones, etc., should not be called biopesticides, but biochemical pesticides (as the US-EPA does) or natural pesticides. Sometimes they are referred to as "biorationals". When I refer to a broader definition of biopesticides which includes pheromones, insect and plant regulators, plant extracts, and macroorganisms, this will be indicated in the text.

A business plan is an essential document for anyone commencing a new business, already in business and critical for anyone seeking funding from a venture capitalist. The business plan needs to be comprehensive, well thought and should contain sound business reasons. You can get all the info you need here.

How To Start A Pest Control Business